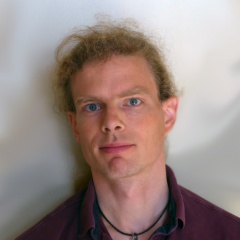 Dirk Walther obtained his PhD in the group of Matthias Mann at the Max-Planck Institute of Biochemistry in Germany and has been working as a staff scientist in the Chemical Biology and Proteomics group at Biogen in Cambridge, Massachusetts since 2014. He applies quantitative proteomics workflows to support early through late stage drug discovery programs, performing experiments to discover and validate drug targets, and determine the mechanism of action of drug candidates.

To build a credible chain of translation in which the in vitro model captures the molecular mechanism of a clinical condition, it is necessary to have physiologically relevant human cell models that can be produced in a robust and reproducible manner. In the past, this has been particularly difficult to achieve for neurons and other cell types of the central nervous system. It has been shown that overexpression of a single transcription factor, neurogenin 2 (NGN2), can drive differentiation of undifferentiated induced pluripotent stem cells (iPSC) into highly pure populations of cortical excitatory glutamatergic neurons.  We adapted this method to produce iPSC-derived neurons with minimal batch-to-batch variability at a scale sufficient to support drug discovery programs in the biomedical industry.

To that end, a doxycycline-inducible expression cassette was genetically integrated into the AAVS1 locus of a healthy control iPSC line, 7189L. After expansion of 7189L iPSC, differentiation was started by overexpressing NGN2 for three days before cells were cryopreserved. Five batches of partially differentiated neurons were recovered, matured, and characterized for consistency in gene expression (RNA-seq), protein expression (nLC-MS/MS) and electrophysiological function by microelectrode array (MEA) technology in a time course experiment over five weeks in culture. Both proteomics and RNA-seq analyses showed progressive neuronal maturation in a manner that was highly consistent between production batches.  More than 11,000 proteins were identified in the proteomics study, spanning an abundance range of over seven orders of magnitude. Proteomics data showed an upregulation of proteins associated with neuronal function such as synapse formation and neurotransmitter production throughout the time course.  In lines with these observations, time-dependent upregulation of axonal guidance and synaptogenesis were most enriched gene sets in the RNA-seq data.  MEA recordings demonstrated robust network activity of the neurons after 28 days of maturation and confirmed the presence of AMPA dependent network bursting, consistent with a pure population of glutaminergic excitatory neurons. In summary, we have established a robust, reproducible and scalable protocol to generate human cortical neurons which were fully characterized by proteomics and transcriptomics for disease modeling and assay development.